From Kierkegaard’s work: Fear and Trembling

“If there were no eternal consciousness in a human being, if underlying everything there were only a wild fermenting force writhing in dark passions that produced everything great and insignificant, if a bottomless insatiable emptiness lurked beneath everything, what would life be then but despair? If such were the case, if there were no sacred bonds that tied humankind together, if one generation after another rose like leaves in the forest, if one generation succeeded another like the singing of the birds in the forest, if the human race passed through the world as a ship through the sea, as the 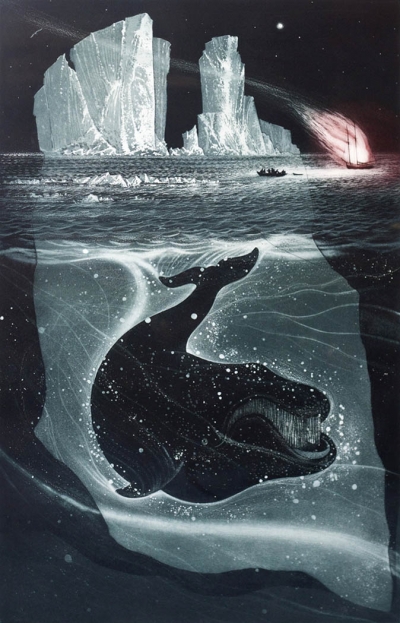 wind through the desert, a thoughtless and futile activity, if an eternal oblivion always hungrily lay in wait for its’ prey and there were no power strong enough to snatch it away, then how empty and hopeless life would be. But that is why it is not so. And as God created man and woman, so he fashioned the hero and the poet or orator. The latter can do nothing that the former does. He can only admire, love, and rejoice in the hero. Yet he too is happy, no less than the former. For the hero is, so-to-speak, his better nature with which he is infatuated yet delighted that it is, after all, not himself, that his love can be admiration.

He is the guardian spirit of recollection. He can do nothing without remembering what has been done, do nothing without admiring what has been done. He takes nothing for himself but is protective of what is entrusted to him. He follows his hearts desire but when he has found what was sought he wanders about to every man’s door with his song and speech so that everyone may admire the hero as he does, be proud of the hero as he is. This is his achievement, his humble task, his faithful service in the house of the hero.

If he remains true to his love in this way, if he struggles day and night with the cunning of oblivion which wants to trick him out of the hero, then he has fulfilled his task. He is united with the hero who has loved him just as faithfully. For the poet is, so to speak, the hero’s better nature, feeble like a memory to be sure, but also glorified like a memory. Therefore, no one who was great will be forgotten. And even if it takes a long time, even if a cloud of misunderstanding whisks the hero away, his lover still comes. And the more time goes by, the more steadfastly he clings to him.

By faith, Abraham emigrated from the land of his father’s and became a foreigner in the Promised land. He left one thing behind and took one thing with him. He left his worldly understanding behind and took faith with him. Otherwise, he undoubtedly would not have emigrated but surely would have thought it preposterous. By faith he was a stranger in the promised land and there was nothing that reminded him of what was dear to him. But his soul was tempted to wistful nostalgia by the novelty of everything. And yet, he was God’s chosen one in whom the Lord was well pleased. In fact, had he been a castaway, banished from God’s grace, he could have understood it better. But now, it certainly seemed like a mockery of him and his faith.

There was also in the world one who lived in exile from the world, from the ancestral land which he loved. He is not forgotten nor are his songs of lamentation when in sadness he sought and found what was lost.

From Abraham there is no song of lament. It is human to lament, human to weep with the one who weeps but it is greater to believe, more blessed to behold the believer. By faith, Abraham received the promise that in his seed all the generations of the world would be blessed.

There was one in the world who also had an expectation. Time passed, evening drew near. He was not wretched enough to have forgotten his expectation; therefore, neither will he be forgotten. Then he sorrowed and the sorrow did not cheat him as life had done. It did everything it could for him. In the sweetness of sorrow he possessed his disappointed expectation. It is human to sorrow. It is human to sorrow with the sorrowing one but it is greater to believe, more blessed to behold the believer.

From Abraham, we have no song of sorrow. He did not mournfully count the days while time passed. He did not look at Sarah with suspicious eyes as to whether she had not become old. He did not halt the movement of the sun so that Sarah would not grow old and with her his expectation. He did not soothingly sing for Sarah his mournful melody. Abraham became old. Sarah became the object of ridicule in the land. And yet, he was God’s chosen one and heir to the promise that in his seed all the generations of the earth would be blessed. So would it not have been better, after all, if he were not God’s chosen one.

What does it mean to be God’s chosen one? Is it to be denied one’s youthful wish in youth so that it may be fulfilled with great pains in old age? But, Abraham believed and held on to the promise. If Abraham had waivered, then he would have given it up. He would have said to God, “Well, perhaps it is not your will after all that it should happen so I will give up the wish. It was my only wish. My blessedness. My soul is sincere. I harbor no hidden resentment because you denied it.” He would not have been forgotten.

Then came the fullness of time. If Abraham had not believed, Sarah might well have died from sorrow and Abraham, dulled by grief, would not have understood the fulfillment but only smiled at it as at a youthful dream. But, Abraham believed. Therefore he was young. For the one who always hopes for the best, grows old, cheated by life. And the one who is always prepared for the worst, grows old prematurely. But the one who believes preserves an eternal youth.

He accepted the fulfillment of the promise. He accepted it in faith and it happened according to the promise and according to faith. For Moses struck the rock with his staff but he did not believe. So there was rejoicing in Abraham’s house when Sarah stood as a bride on their golden wedding anniversary but it was not to remain that way. Abraham was to be tried once more. He had fought with that ingenious power which invents everything, with that vigilant enemy which never dozes, with that old man who outlives everything. He had fought with time and kept the faith. Now, all the frightfulness of the struggle became concentrated in one moment. And God tested Abraham and said to him, “Take your son, your only son Isaac, whom you love, and go to the land of Moriah, and offer him there as a burnt offering upon a mountain that I will show you.” Thus everything was lost which is even more frightful than if it had never happened. So the lord was only mocking Abraham. Miraculously, he made the preposterous come true. Now he would see it brought to nothing again. It was indeed folly but Abraham did not laugh at it as Sarah had done when the promise was first proclaimed. Everything was lost. Seventy years of faithful expectation. The brief joy of a faith’s fulfillment. Who is it then, that snatches the staff from the old man, who is it that demands he himself must break it. Who is it that makes a man’s grey hairs disconsolate? Who is it that demands he himself must do it? Is there no compassion for this venerable old man? for the innocent child?”

Continuously seek the burning point within and follow your becoming.

Jóhann Jóhannsson – ‘Flight From The City’ from Orphée