Plato’s allegory has us contemplate ourselves as prisoners chained in darkness from birth, only related to the shadows cast of one another, removed from eachothers’ essence, unable to  inhabit our own essence for reasons that cannot be named or put into words.  We hold onto the life boats of habit, routine, self important busyness and honors, problems and crises, etc. that give us a purpose and an identity.  We wait for a sign, some direction to something more, of course with assurances of our safe arrival.  An escort would be nice.

When Plato’s prisoner leaves the cave his sensorium is overwhelmed, in great distress and disorganized, so much so that he would be distrusting of his experience and compelled to quickly return to the familiar cave.  Plato imagines the prisoner “reluctantly dragged up a steep and rugged ascent, and held fast until he is forced into the presence of the sun himself”, literally holding him against his will that seeks to return to his familiar cave, at least until he is restored in the light.

“He will require to grow accustomed to the sight of the upper world. And first he will see the shadows best, next the reflections of men and other objects in the water, and then the objects themselves; then he will gaze upon the light of the moon and the stars and the spangled heaven; and he will see the sky and the stars by night better than the sun or the light of the sun by day? Certainly.  Last of all he will be able to see the sun, and not mere reflections of him in the water, but he will see him in his own proper place, and not in another; and he will contemplate him as he is.”1

Plato imagines the prisoner returning to release the others only to be met with doubt and murderous rage against anyone that would try to convince them to go to the upper world.  Why?  Because they have no way, no model of consciously understanding the temporary blindness of the returned prisoner, of suffering, as anything but punishment.  This is the archetype of the “negative mother,” the wailing of the unconscious feminine.  This is patriarchal bondage to the shadow over light, to punishment over forgiveness, to slavery mentality over freedom, to sentimentality over love, to egoic pride over love. 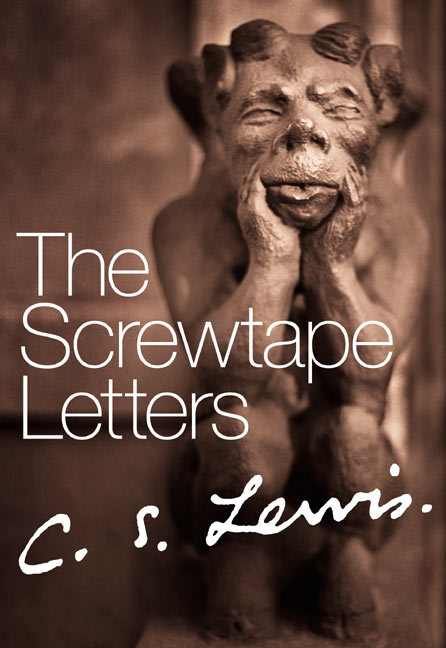 In The Screwtape Letters (1942), C.S. Lewis presents letters from a Senior Demon, Screwtape, to his nephew Wormwood, the Junior Tempter seeking to secure the damnation of a British man they refer to as “the patient.” This satire begins with Screwtape mentoring Wormwood to lean on sensational jargon, not argument, to keep the patient from attending to universal issues and fixed in the unreal.  “Your business, ” he says in his letter, “is to fix his attention on the stream of immediate sense experiences…..[and]…..to teach him to call it ‘real life’ and don’t let him ask what he means by ‘real.’   He goes on say, “They find it all but impossible to believe in the unfamiliar while the familiar is before their eyes. Keep pressing home on him the ordinariness of things,” discouraging thought about realities that cannot be touched or seen and giving him a “general idea that he knows it all and that everything he happens to have picked up in casual talk and reading is ‘the results of modern investigation.'”
Today we are constantly bombarded with sensational jargon through social media.  For the most part, we are unconsciously experiencing information overload with minimal to no awareness of how this primes our minds to lose balance, be manipulated, exercise poor judgment, break down, etc.  As we seek “more, more, more” we become “less, less, less” of ourselves and further away from our Selves.

Continuously seek the burning point within and follow your becoming.

Jóhann Jóhannsson – ‘Flight From The City’ from Orphée